Known more simply by the acronym BAYC, Bored Ape Yacht Club represents one of the most interesting and influential NFT projects of the moment.

In fact, this fantastic project has long contended for the top spot among the most expensive NFTs within the market.

BAYC’s rival has always been CryptoPunks, which has managed to be the most expensive NFT project throughout 2021.

Already since the beginning of 2022, however, Bored Ape Yacht Club has shown an interesting increase in sales and hype generated from time to time, thanks to quality and intensive development work. 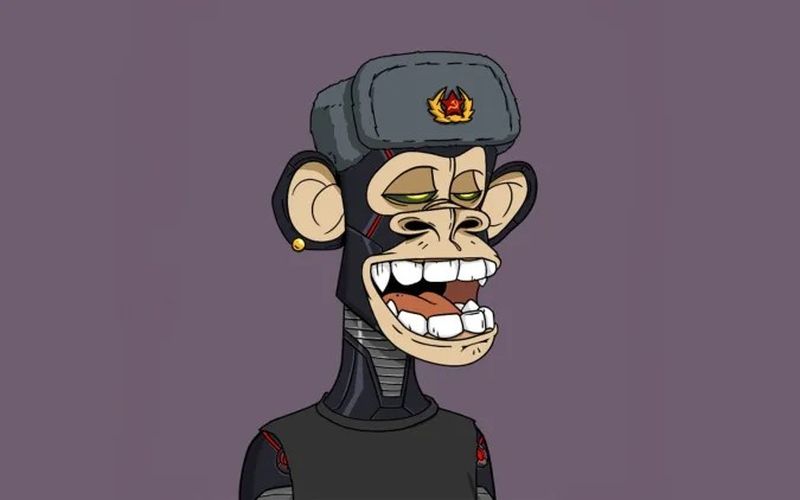 BAYC did not want to steer its development path toward 1/1 works, such as Beeple’s Everydays, but instead focused entirely on so-called editions. In this case it could, in fact, take advantage of a collection of NFTs that therefore gravitated more toward the image of the collection than the individual work. In this way each NFT becomes important and central to the collection.

Bored Ape Yacht Club thus wanted to create an ecosystem where each creation was also particular based on the rarity of the details used.

As is often the case in such cases, the goal of making collectible works in large numbers is achieved through generative art.

It is not based here, however, only on the number of NFTs generated.

Quality at these artistic levels remains an absolute prerogative. That is why the creativity of the group that created Bored Ape Yacht Club remains the hallmark of this project that now sees its worthy consecration in the NFT world.

The creators, therefore, have created a single model from which to start and then go on to create variations through multiple details and combinations.

Each detail will then be ranked in terms of rarity and thus value to the generated NFT. The most beautiful and distinctive details, such as the character’s fur, expressions, jewelry worn, or clothing, then represent the distinguishing features of an NFT that can determine its value based on rarity. 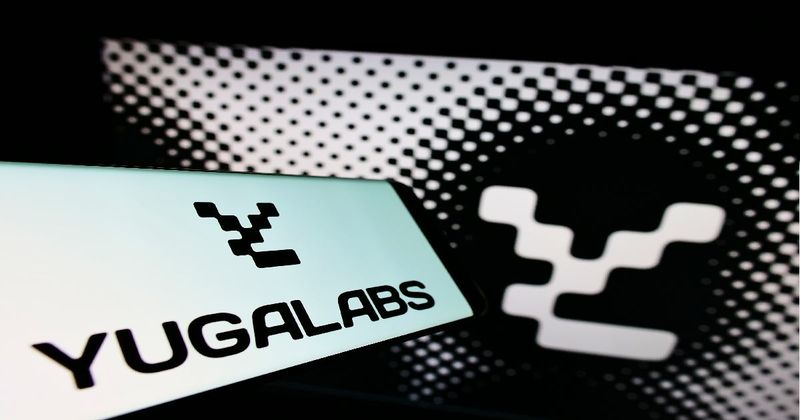 Where did it all start? How does it come to the creation of an NFT project worth billions today?

Dealing with the development and rise of this project one must first remember the hard work and time spent on development.

Underlying the story of Bored Ape Yacht Club are four friends who wanted to create an NFT project different from what the market was offering.

Yuga Labs is the name of the founding company for the project that was the first for the company. For the early days, the four founders used pseudonyms until the press and media managed to unearth their identities also driven by the great success that the project gradually acquired.

BuzzFeed was, in fact, able to unearth and discover two identities. Originally the founders were Gargamel, Gordon Goner, Emperor Tomato Ketchup, and Sass.

Prompted by the insistence of the media and the public who wanted to know the identities of the founders of Bored Ape Yacht Club, the four made their respective identities public on Twitter.

Greg Solano, (Gargamel), Wylie Aronow (Gordon Gone), Zeshan and Kerem then saono Sass and Tomato Ketchup. While these two at the time were still new to the world of cryptocurrencies and NFTs, Gargamel and Gordon already had experience in the industry.

But which of these names is responsible for the actual art? It may surprise some to discover that none of the four are at the forefront of the art creation. The name behind the collection is, in fact, that of Seneca, better known as All Seeing Seneca.

Other names behind the project are those of Thomas Dagley and Migwhashere in addition to others who have chosen anonymity.

What is the philosophy behind BAYC 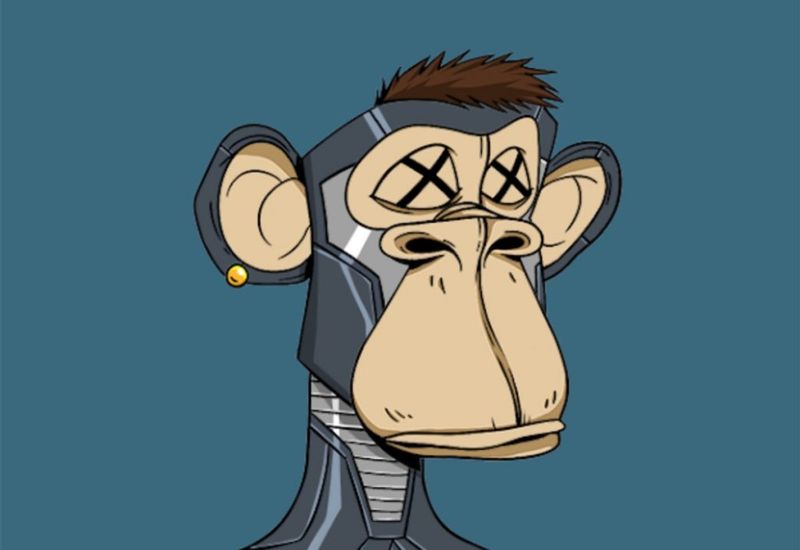 Bored Ape Yacht Club was thus born out of the realization that the idea behind NFT did not recognize itself in the lofty venues of traditional art but wanted to encapsulate a sense of belonging and exclusivity.

It was precisely this character that prompted the four to formulate the idea of a club, a Yacht Club in fact. That is why it was then decided that that club, exclusive and strictly confidential, would have “highly selected” members within it.

These exclusive members would later become the monkeys of the future. The monkey symbol is about almost obsessive dedication to a particular interest, in this case NFTs.

Anyone who purchased an NFT Bored Ape Yacht Club would have done so as an enthusiast therefore to the NFT world and not as a true channel of income.

It should be mentioned how the founders almost drained their savings for the development of the project, which after being defined in artistic and legal traits starts in April 23, 2021 by selling an NFT for 0.08 ETH which is equivalent to $190. The project gets off to a very slow start and finally does so when Pranksy, a famous trader, tweets good words about the project and thanks to his online following sells out in 12 hours.

What is the benefit of owning a Bored Ape Yacht Club. 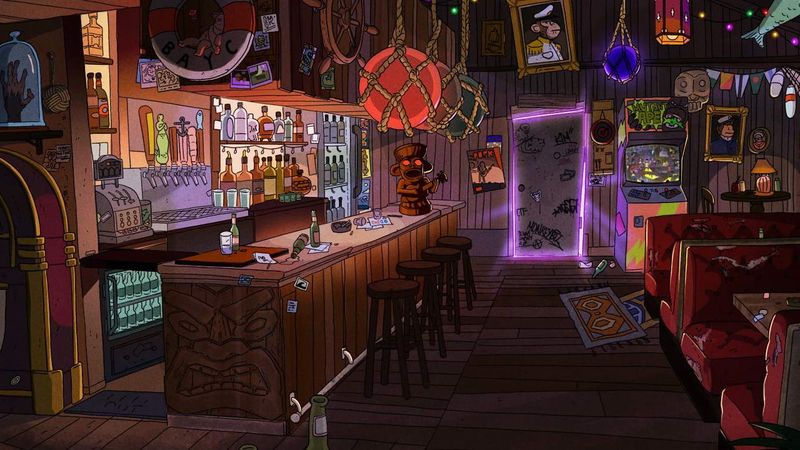 The first benefit regarding Bored Ape Yacht Club is the sense of membership in an exclusive club.

Those who purchase a BAYC NFT become exclusive and effective members of this prestigious club thereby accessing many opportunities.

The main utility is then to enjoy one’s NFT through secondary sales. The same members now advise that any purchase related to Bored Ape Yacht Club is a safe investment in any case since the benefits always outweigh the initial losses.

These deductions are supported by the conditions that characterize all BAYC members. Each member, in fact, has commercial rights to the purchased NFT.

This means that it is possible to produce and sell in any area the brand. Bored Ape Yacht Club has then also released a merchandising sector.

There is, in addition, a new addition to the BAYC ecosystem: BAKC. Bored Ape Kennel represents the set of NFTs assigned exclusively to club members, that is, everyone who has a BAYC NFT. All those who purchase BAYC NFTs take part in the decisions taken by the society in managing the funds.

In fact, these societies used to participate in charitable initiatives. Dealing with utilities, all participants said that they feel a strong sense of belonging to the Bored Ape Yacht Club project, which was the main goal from its inception.

Why are BAYCs so expensive?

The answer to this question lies in a number of reasons.

It must first be remembered that the explosion of this project on the world stage of NFT owes its spark to purchases and publications by well-known figures.

Indeed, we recall that Pranksy was the first trader to publish his own purchase sponsoring BAYC to his large audience. Later, many other famous people followed the trend, from Jimmy Fallon with BAYC#599 to Eminem with BAYC#9055.

But what drives various investors to pay so much for these NFTs?

The main stated reason is, first and foremost, a sense of belonging to the BAYC project.

Bored Ape Yacht Club expresses a sense of belonging to a club that is both prestigious and simple. In second place, on the other hand, is the set of activities that can be accessed with the purchase of BAYC’s NFT; buying the entrance ticket to all future events, participation in the management of various funds, and other similar activities are a deterrent to this NFT attracting many users especially the wealthier ones.

In this respect, Bored Ape Yacht Club wanted to push hard on post-purchase utilities right from the start and maintained its line by continuing to involve everyone who wanted to be part of the project.

Placing the value of one’s work not only in the visually expressed art but also in the future services and utilities, which became incalculable because of this, made the price of Bored Ape Yacht Club’s NFTs soar.

What the token $APE is for. 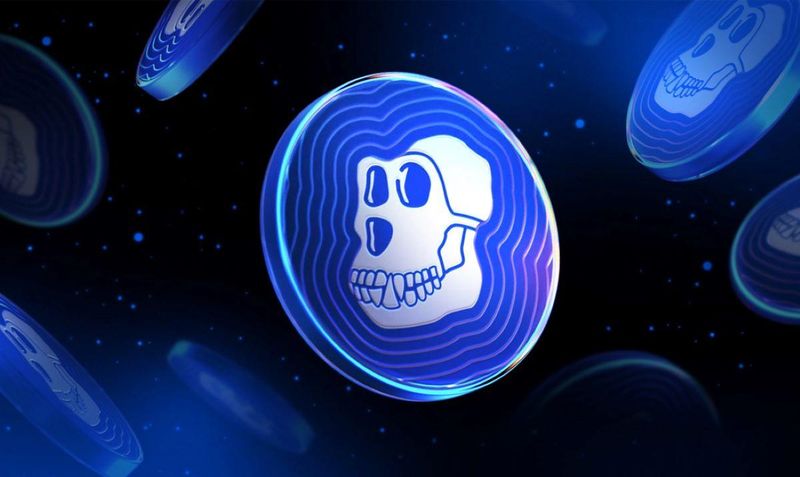 Yuga Labs marked an important milestone in the month of March 2022.

In addition to the big news of the latest major acquisitions such as those of Meebits and CryptoPunks, the company announced the launch of a new and original token: ApeCoin marked with the acronym $APE.

Officially, ApeCoin is identified as a token aimed at culture, gaming, and commercialization directed at community empowerment in web3.0.

Obviously $APE will represent one of the most important means of moving into the future of the Bored Ape community and for all the transactions that will develop.

The emergence of $APE would lead in some cases to figures already seen in the traditional economy such as venture capitalists and centralization phenomena as those who hold the most tokens gain the most influence and governance.

Otherside: The BAYC lands in the metaverse. 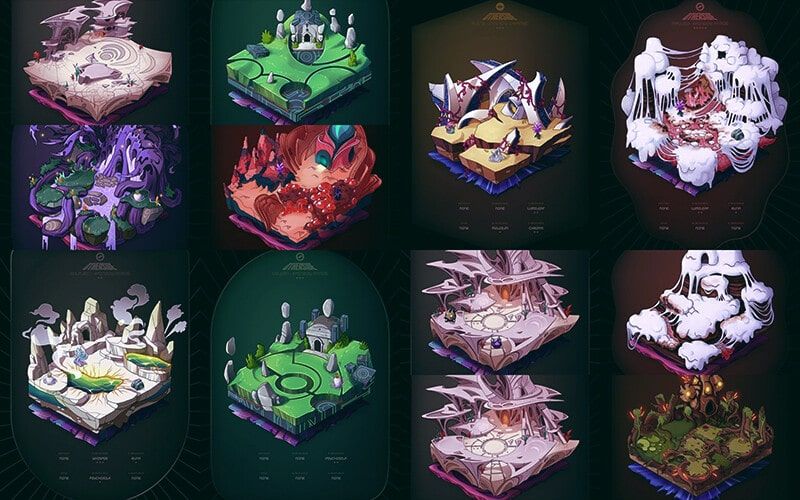 According to reports available today, the project does not appear to be directed only at the creation of NFTs.

In fact, in the works is the creation of a metaverse developed in house BAYC in which the new ApeCoin will represent the basic transaction token. Following this news, needless to say, the price of the token exploded. The land within Otherside, as the virtual world of BAYC is called, will be sold preferentially to current holders of an NFT of Bored Ape.

From the latest estimates, this operation is projected to bring in as much as $178 million initially from the sale of the virtual lands.

As we look to the future of the project, it should be considered how the Bored Ape Yacht Club community still represents a very dynamic and vibrant group that has a thriving period of expansion and development ahead of it.

But what is the next goal for BAYC?

Many owners, in fact, have closed their transactions for insane numbers. Just think of the most expensive monkey ever sold, Ape #8817, which sold for nearly $3, 5 million at a Sotheby’s Metaverse auction in 2021. All the money acquired by the members of the “club” will certainly be reinvested in other projects. The first future project will undoubtedly be the creation of a virtual world: Otherside.

The MMORPG (Massively Multiplayer Online Role-Playing Game) has, in fact, been launched for the sale of virtual land on which to invest and build in the future world to be developed.

Despite the crazy numbers of the present Bored Ape Yacht Club does not seem to be resting on its laurels. The project is registering incredible numbers and is increasingly looking toward new goals that tend to broaden its scope more and more.