Video games have always been used for entertainment or hobbies. Of more recent conception is the use of video games for artistic or narrative purposes. In fact, until now, video games have never been thought of as a money-making activity.

In contrast, video games have always been a source of income for creators and developers but never for users. The only earnings that could be made were related to game dynamics and trading coins but everything began and ended inside the computer.

Things changed with the advent of Play-to-Earn or (P2E) video games.

What is a Play-to-Earn Game

Play-to-Earn products represent a new generation of games that to be distinguished from the myriad of platforms that exist today are recognized as cryptographic video games.

The mechanism used involves as is well known the technology of blockchain and NFTs. How is it possible to use these dynamics within a video game? The step is simple.

In Play-to-Earn video games, in fact, the user is allowed to acquire real ownership of resources acquired within a video game.

This extraordinary mechanism can allow players to gain a level of immersion that finally transcends the pc screen by being the actual owners of their assets within the video game. This dynamic allows the access of the world of games also to the world of earnings therefore.

One can buy anything then, skins, virtual weapons, currencies or virtual terrain within a metaverse.

Every item can be, it is true, bought or sold to progress in the game dynamics. But the way forward is to be able to move in this direction with the goal of earning from the various purchases and sales. Every item can in fact be sold at a profit by players as is the case in the NFT world. 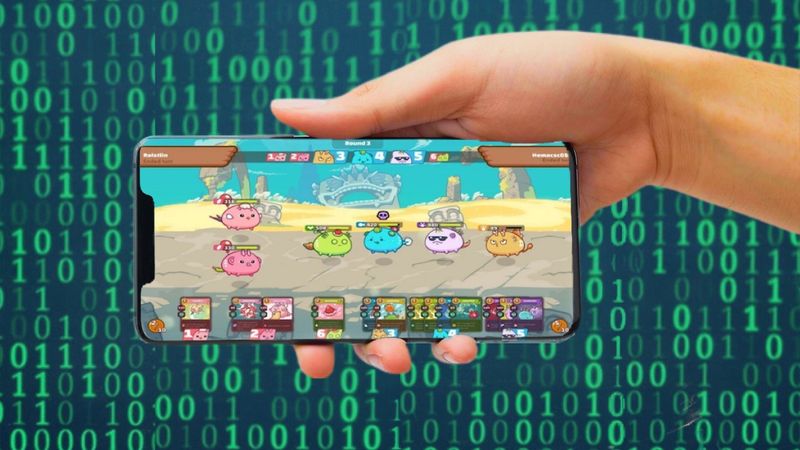 The features that distinguish this industry from that of traditional video games also concern the development of the platform itself.

Here there is closer collaboration between developers and users, and the game is gradually updated in consideration of the advice and needs presented by users.

This is why you often see groups of players joining together to create a decentralized, autonomous organization that promotes Play-to-Earn (DAO) player communities. Here, in fact, players are involved at least initially in the progression of the game.

But as levels increase, all players also participate in the earnings the game offers, thereby generating value for everyone else in their group.

This is how it is possible to earn money by playing. The basic features here are to be found in the collaboration between the developer and the users who are passionate about the game. The more the playing community grows, the more the potential of the game and the developments that can be made grow. 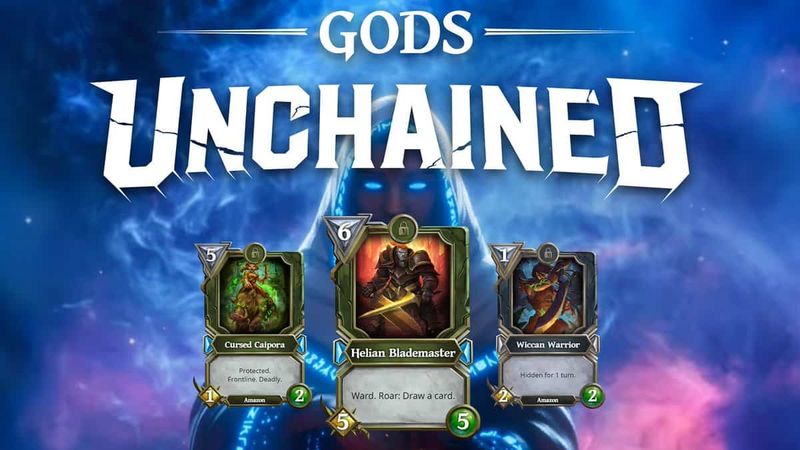 To analyze these games we then start with the specifications. In Gods Unchained, the reference currency is precisely GODS and is worth o.4246 dollars. Due to the fame of the game, there have been over 2.5 million trades on the platform with 13 million NFTs released.

These are very interesting benchmark values that make it clear how much this industry is on the rise. Gods Unchained is a tactical card game with PVP matches supported by the former executive of Magic: The Gatering.

Here one has to outsmart one’s opponent by strategy and cunning through decks of cards in a sort of Yu-Gi-Oh where to begin with one must try to get the best cards. The best cards as is obvious are the main resources for earning money. It is these that are traded through NFT with a price commensurate with the rarity and power of the card.

On Axie Infinity the benchmark coin is AXS which has a value of $18.97. The game has generated over $138 million in interactions and exchanges since its launch. Axie Infinity is an RPG-style fighting game based, however, on a Pokemon-like card dynamic.

The game has since its first releases received great praise from a community that is growing every day. Here it is possible to play and earn money through building an army of creatures very similar to Pokemon.

The creatures can be bred and then sold as NFTs.

With each victory, you witness in-game gains in Smooth Love Position (SLP), which also represents the cryptocurrency used.

Upon gaining a victory, it is possible to exchange one’s winnings into legal tender at the exchange with the different cryptocurrencies. Axie Infinity had a great development in 2021, which, however, was not supported by a steady trend over time.

In fact, April 2022 saw a not-so-hidden decline. This was the result of a breach attack by Lazarus Hackers Group on the Ronin network, the secondary blockchain connected to Ethereum on which the game and payments were established.

So there remains hope that this interesting game can recover through the recovery of some of the hacked and stolen funds. Indeed, there are rumors of a new release of the game called Axie Infinity: Origin. 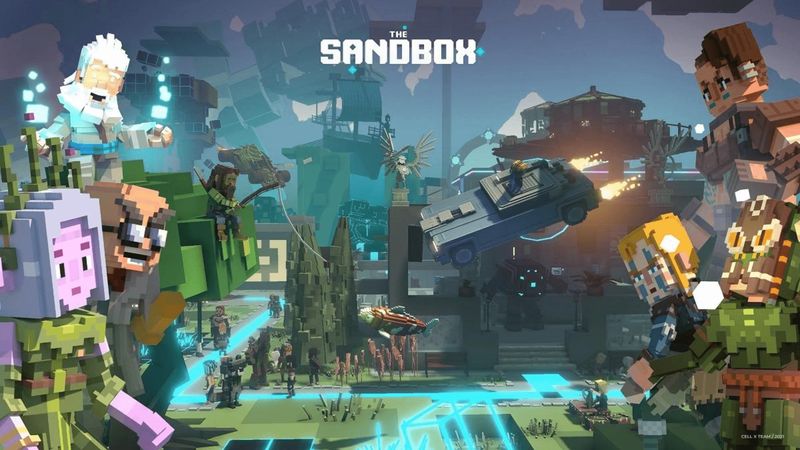 The exchange token here is SAND and is worth $1.31.

The Sandbox has generated in just 24 since launch more than $269 million in exchanges on the platform. The game developed by Animoca Games is based on a voxel that was inspired by Minecraft.

After the latter’s choice to delay its entry into the NFT world, The Sandbox attempts to fill this void and does so very well through graphics that take their cues from Minecraft but give ample space to exchanges on blockchain.

Players here, in fact, try to give ample scope to their profits through the operation of their own Voxel Asset through which they can sell their creations.

Here it is also possible to create true bespoke experiences thanks in part to the integration with In-house Game Maker software. The development possibilities for this platform are incalculable, which is why he Sandbox has always generated hype and interest in users by registering very encouraging numbers.

The future of P2E games 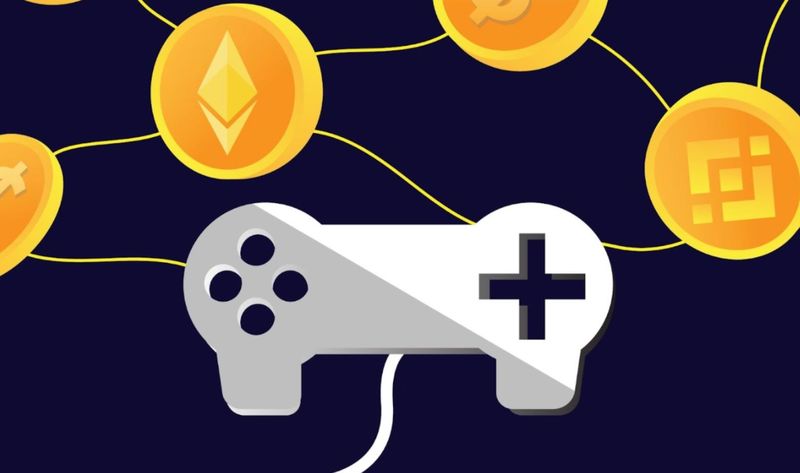 P2E games generated more than $2.32 billion when considering only the third quarter of 2021.

Based on this data, not a few video game industries have sniffed out possible investments in the sector.

Starting with Facebook switching to Meta and continuing with Microsoft recently acquiring Activision Blizzard to end with Ubisoft launching NFT Quartz on the market.

The traditional video game industry is moving to make the most of what NFTs and blockchain have been generating for a few years now. So here we see the launch of an NFT project dedicated to one of the most famous titles in video games: Final Fantasy VII in the year of its 25th birthday.

Despite these encouraging insights it must be considered how the gaming community at large is still rather skeptical of this new era of gaming.

In contrast, developers of traditional games can offer important cues toward their colleagues in the P2E sector to focus more on the playful dimension of the platform than purely economic dynamics.

For their part, P2E games are developing many platforms such as BAYC’s Otherside that will soon come to market with new and never-before-seen attractions. With these titles they are aiming for expansion and conquest of the entire industry.

The event of the moment that marks an important chapter for this industry is the first historic opening of the Epic Games brand to the implementation of blockchain-based games.

Based on this event, one can infer how much this sphere of the digital gaming world is veering toward blockchain and NFTs.

The basic concept that, perhaps, drives producers and developers in this direction is the desire of many users to combine the useful with the enjoyable. If there is an opportunity to insert an item of income into what for many is their passion, there are no more obstacles to what can be created.

In not even too subtle a way, the field of NFTs and technology based on transactions recorded on blockchain has invaded that of video games. Here there has been since the early years a rather marked and divided coexistence between the two sectors. The new thing, P2Es, represents the enemy to be beaten by traditional digital video games.

For their part, Play-To-Earn games have done nothing more than take advantage of the simplicity and potential offered by NFT and blockchain to integrate them into game dynamics. The future for these platforms is yet to be defined, but the preconditions for creating booming industries with great prospects are all there.