CryptoPunks represents a real status symbol today. Becoming an important chapter of recent history on the Internet regarding Web 3.0 evolutions is not for everyone.

Firmly anchored by the security offered by the Ethereum blockchain, the rise of CryptoPunks over time has inspired many similar projects such as Bored Ape Yacht Club with which it shares a sense of ownership as well as the success and hype generated. 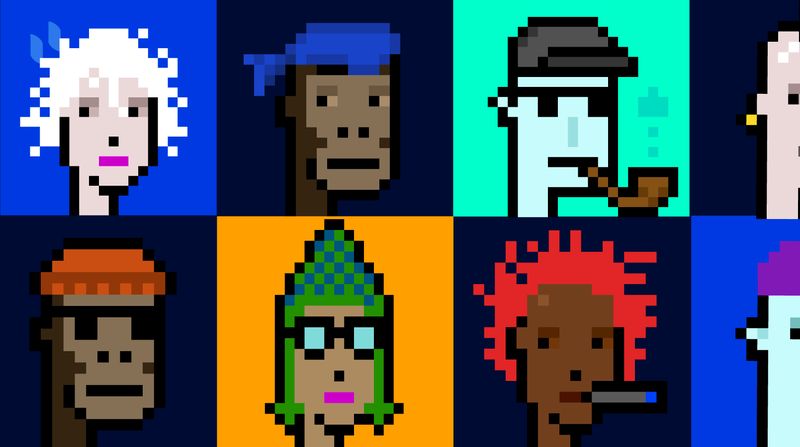 The CryptoPunks project was created in 2017 by a company, Larva Labs, which was later acquired by Yuga Labs in 2022.

CryptoPunks then represents the set of 10,000 unique images among them of a size of 24×24 pixels created following the inspiration of pixel art.

The images depict both male and female subjects personalized in many details, some rarer than others.

In fact, in 10,000 NFTs, only a few are considered truly rare and therefore equally valuable. One example may involve the small group of alien subjects; there are only 9 out of 10,000.

The distribution was created following the customization of the characters to characterize them uniquely. In fact, there is a basic combination for all characters that enjoys as many as 87 unique details. The so-called distinctive traits of each character are recognizable in each representative element.

Thus it is every element from the hat worn, to necklaces, to more unique elements such as an eye patch on an eye.

Each character has a maximum of 7 distinctive details but only one of the 10,000 CryptoPunks has all the traits: the #Punk8348. In fact, this character has a cigarette, a mole, rabbit teeth, a top hat, a beard, an earring, and classic shades.

For the most part, characters possess an average of 2 or 3 details. 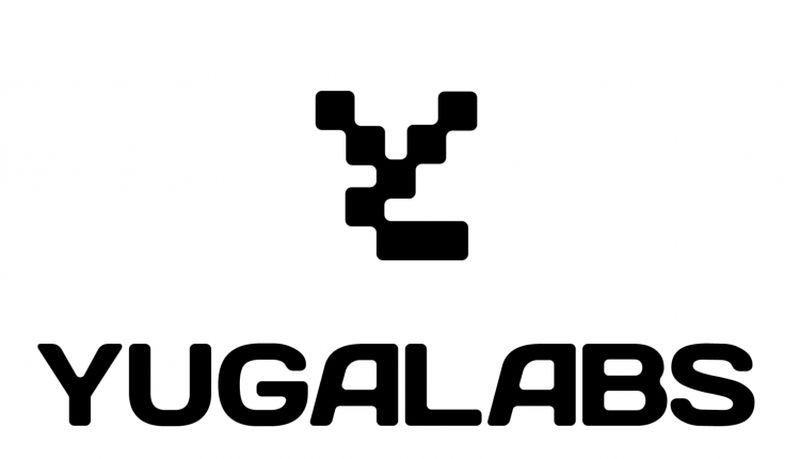 The project that is enjoying the most success globally these days began as an experiment devised by Matt Hall and John Watkinson, two Canadian developers who later became the founders of Larva Labs.

At the time the two began devising this CryptoPunks, the NFT industry was still in an embryonic stage, and as a result the idea had meager initial hits.

Unbelievable but true, in the early days it was decided to give away NFTs to whomever they wanted as the need for the possession of an Ethereum wallet greatly narrowed the field of interested and real buyers. Indeed, one of the strongest points of the CryptoPunks project was that it grew together with the enthusiasts who gradually became interested in NFTs.

That is why since way back in 2017, CryptoPunks has evolved rapidly from a small nerdy fad for a few interested parties to a global phenomenon that has attracted distinguished figures and investors over time. Those who realized before others the value this project would have in the future today are millionaires.

Where to buy CryptoPunks 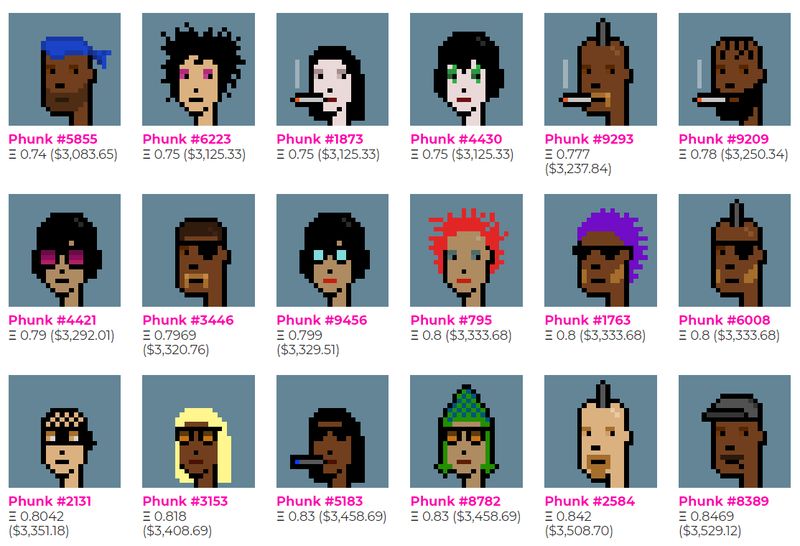 The purchase of the NFT CryptoPunks in July 2017, the year of their launch, was hovering around figures unimaginable today.

Suffice it to say that Alien Punk #3100, one of the few alien characters in the collection, sold for about 8 ETH, $2000 which at the time was an absurd price for what was in fact a simple digital image.

Today, the same NFT was auctioned for 4200 ETH or $7.58 million. This, which represents one of the largest sales of 2021, is not an isolated event, however.

Today, in fact, the most recent sales are in the range of 100-150 ETH. LarvaLabs’ site thus represents the first place to buy NFT CryptoPunks besides the various auction houses such as Christie’s where another major sale took place: $16.9 million.

Why are CryptoPunks so expensive? 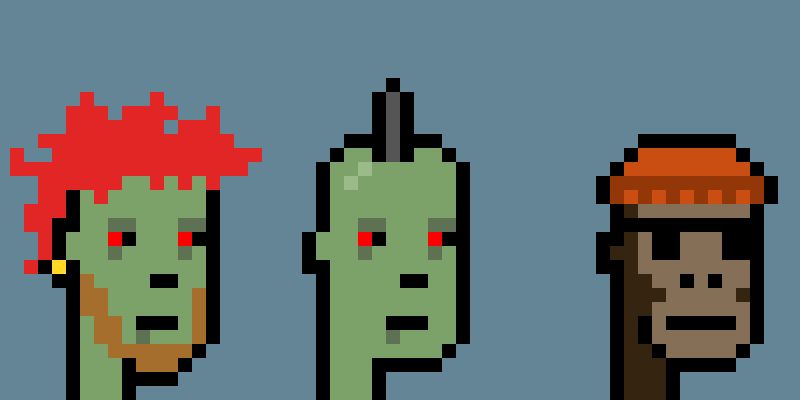 The secret that has made CryptoPunks’ fortune lies not so much in the art that characterizes these unique 24×24 pieces.

In fact, what major investors declared was the real reason behind CryptoPunks’ success: the status that comes with it.

The first illustrious purchases were made by investors who subsequently flaunted the NFT like an extremely valuable rolex on every possible social or as a profile photo on Twitter.

In fact, the view began to take hold in the digital community that those who invested in CryptoPunks were visionaries.

In fact, the history and evolution of the project proved this view right. That is why many of those who bought a CryptoPunks NFT were able to create other projects based on that single NFT and from which they received additional profits.

Hence people began to associate investing in CryptoPunks with investing in the entire NFT industry, and that is why CryptoPunks received more and more trust and appreciation from more and more well-known people who directed a wider and wider audience to purchase CryptoPunks NFTs. In this process, the valuation of the various personalities has escalated rapidly causing the prices to rise. 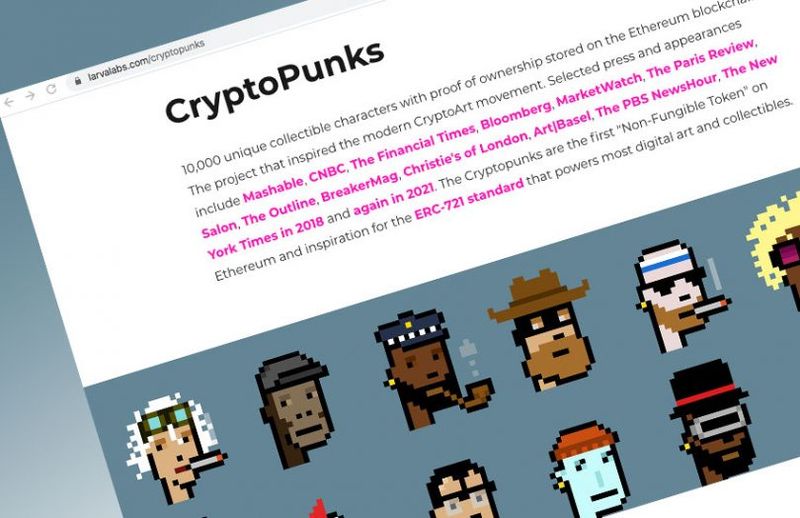 This transaction fully represents the company’s intent to encourage and promote the community of developers and creators by incentivizing them to continue their work.

Demonstrating this, the company stated that with the purchase all rights inherent in the intellectual and commercial property will be transferred in addition to the various exclusive licenses inherent in each NFT. The owners of CryptoPunks will then be able to dispose of them by implementing new projects based on the NFT.

After marking a fine chapter in the history of NFTs, CryptoPunks can establish themselves as a true legacy project in the global NFT landscape. There are many who conceive of them as timeless as they hold the origins of the entire non-fungible token industry.

Their essentiality allows them not to have to evolve in order to remain on the crest of the wave as the very name CryptoPunks represents a certainty.

Following the acquisition by Yuga Labs, many expected upheavals but this did not happen. Indeed, the company has stated that it does not intend to deviate from the path it has taken even though there is no statement indicating what strategies are to be undertaken.

Investing in NFT has for some years now represented one of the most interesting and profitable activities of recent times.

In this new chapter, CryptoPunks represent the pioneers who before others founded the foundations and understood the dynamics of the diverse NFT world; that’s why CryptoPunks will be an inspiration for all new projects for a long time to come.